I’ve been gone for a while and here’s why. About 10 months ago my life totally changed.  It was the highest point in my life. Nothing could… END_OF_DOCUMENT_TOKEN_TO_BE_REPLACED

Who thought French or Spanish was hard? Well, let me introduce you to Deutsch or more familiarly known as the German language. I think myself a linguist sometimes, but nothing could prepare me for the tongue twisting, foreign sounding, no limit to the amount of characters in one word language, that would soon prove to be my biggest challenge.

Life has a way of humbling you. No amount of university degrees or certifications can make up for the lack of knowledge in a language you need to perform basic communication with. Not to mention in the new country you now call home. Its inevitable. I have to learn German.

So with the help of a friend and fellow blogger Carla Keks (check out her spot), I was off to a good start. She recommended a very helpful website: Rocket Languages: Rocket German. There are a few different options of membership to choose from. But when in doubt, always start with the free trial. I know I did. The hubby also introduced me to an app he uses when learning French. Its called Duolingo. It can be found on Google Play and Itunes. But I prefer the app  Memrise (also found in the app stores). It is more tailored to what I wanted to get out of this learning curve.

After I got through the Danke (thanks), Bitte (please), Entschuldigung (Excuse Me) and the Wie geht es Ihnen (How are you?), Meine Name ist (my name is…) and Ich komme aus (I am from…) I was ready to enter classes IIK Düsseldorf (or so I thought). I must admit it was quite intimidating being a beginner and all. But what made it even more so was the fact that everyone there spoke german almost fluently. This private school was an advanced institution attended by persons planning on entering university in Germany. So you can imagine, most were bright eyed, fresh out of high school  youngsters who had already taken a year or two of the language prior to coming to Germany. It was more than a bit overwhelming for me having graduated from university almost 2 decades ago and with no knowledge of this language. Don’t get me wrong, the school was great, the teachers were amazing, however it was more than I could handle as a beginner wanting to learn for just everyday life.

In the main time I took solitude in a few books geared toward beginners. There are so many options, but I settled on a few I downloaded to my kindle: 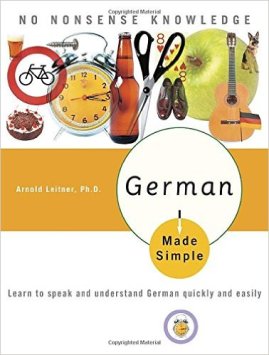 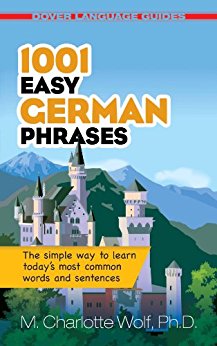 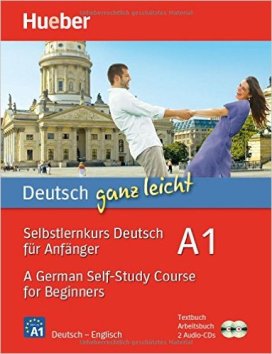 I soon found my comfort at VHS Düsseldorf (Volkshochschule) which was the closest Campus to where we lived. There were more persons in my age set and at the same learning level I was at. It was an interesting mix of culture too. I felt at home. I started with A1-A2 which is the beginners level of the language and continued on to the intermediate level B1.1.  We have been using the Schritte plus series of books and I find them to be helpful even now.